With no NFL Scouting Combine this year for various reasons, the NFL Draft season is a little unorthodox. We’ve already seen some moves happen — most notably, the Jared Goff and Carson Wentz trades and J.J. Watt signing with the Arizona Cardinals. Teams are gearing up for the strangest offseason in years, with an impending cap reduction to boot. Nevertheless, draft season pushes forward. For this one, I’m dropping a full pre-free agency 7-round 2021 NFL Mock Draft. This time the mock is with a twist — trades are included this time around! Many pick swaps and some picks-for-players trades are included. I based some of the trades off of historical precedents but also dealt in some original moves. 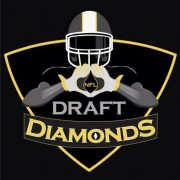 Tweet
the 1st round of the Pro Football Network Mock Draft