2021 NFL Mock Draft: Round 1 : NFL draft season has evolved into a year-long spectacle. But within the draft’s yearly calendar, I b...

NFL draft season has evolved into a year-long spectacle. But within the draft’s yearly calendar, I believe there are phases of mock draft makeup. Mocks in the summer and early fall are about getting the names of some of the next class’ most notable prospects out there for football fans to get to know. Then, with mocks in the late fall and winter months, as we are still introducing names as they play out their seasons, analysts and writers are showing you who they like within the class. As for mock drafts in the spring months, those are when we get into predictions and what we believe will happen come draft weekend. 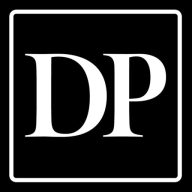 Tweet
the 1st round of the The Draft Network Mock Draft